Get fresh music recommendations delivered to your inbox every Friday.

by John Davis & The Cicadas 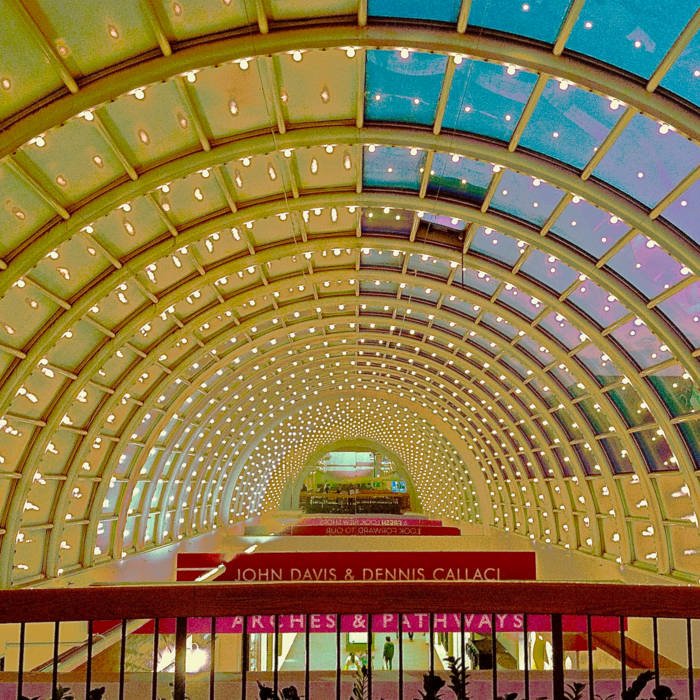 In 1995, John Davis & Dennis Callaci improvised an LP of songs together live to one track. Not an ambient, instrumental meander of a record, but songs complete with them there lyrics, melodies and hiccups. In the time since that record was recorded John went on to record a follow up record with The Folk Implosion and a number of solo records. Callaci continued recording records with Refrigerator as well as solo records.
Over three days in July of last year, the two songwriters improvised this record, “Arches & Pathways” in the same manner, excepting that there was an engineer on hand and the thing was recorded in Hi-fi. Songs were recorded, layered, overdubbed, scratched in real time, with the two of them sharing vocal & guitar duties. Additionally, John’s drumming add that left bank swing to the stands, and the Callaci piano dust is shaken from the ivories. The result is an expansive record that is equal parts pop melody and avant-en-garde living inside one another, not side-stepping for a bit of this or that between the dead wax grooves.

John Davis is a musician who works solo, with Folk Implosion, with a backing band called the Cicadas, and with Dennis Callaci. He also works on defending transforming public education as a teacher - organizer with the Durham Association of Educators.

Bandcamp Daily  your guide to the world of Bandcamp

Damu The Fudgemunk shares his recent collab with Def Pressé, plus jams from Common and more